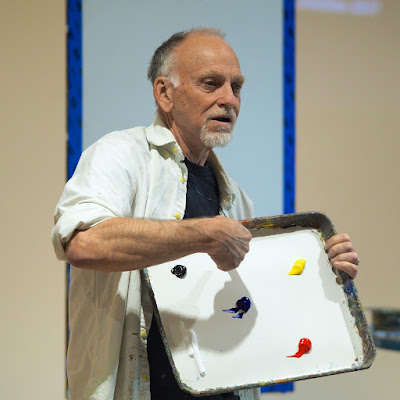 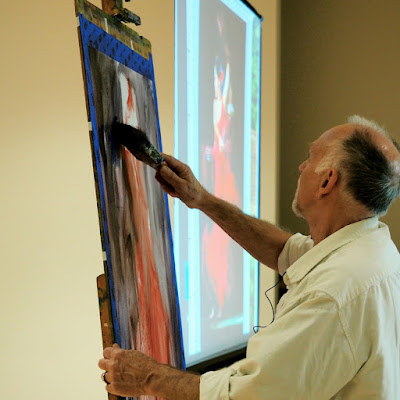 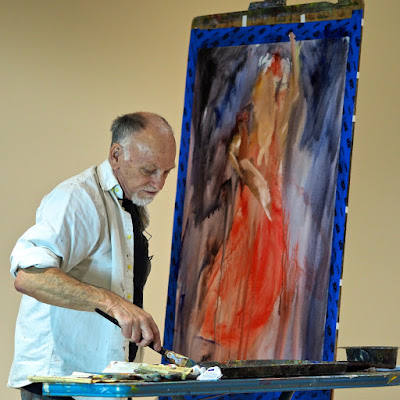 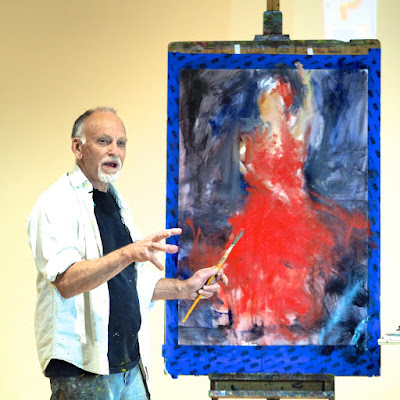 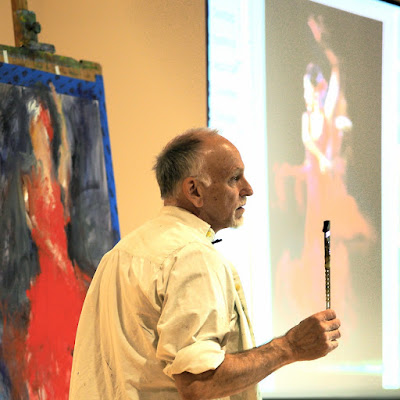 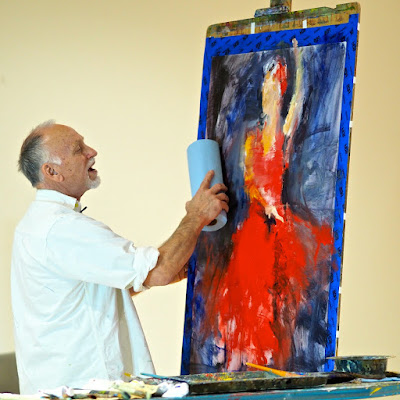 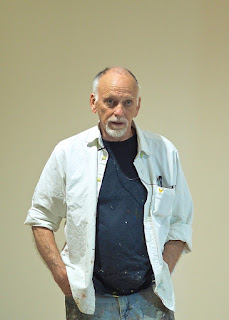 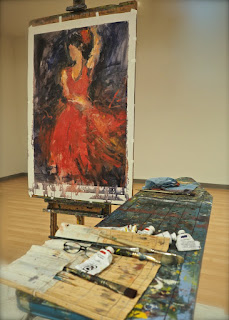 HBAL's Newsletter Editor Judy Todd's Notes on Hyatt Moore’s "simple" palette. The three primaries and black and white. Stage 1 is to get rid of the white, so he took a HUGE brush and scribbled a red dress on the taped down canvas. In Stage 2, he brings out the shapes with a dark background, also quickly dashed on with large arm gestures and with the same huge brush. In Stage 3, he puts in defining body parts, so he used white to put in the head and arm shapes. In Stage 4, he deepens the painting by adding more color and darks and throwing on some drips. At this stage he noted that you can paint with anything, including paper towels, and if you need more color, you can bypass the palette and squirt the paint from tube to canvas. Hyatt calls Stage 5 “the drawing stage.” He used a smaller brush and put in some details, such as the flowers in the hair and SUGGESTED facial features. While he considered the painting mostly done, he said he would continue with further stages in his studio. (Photos taken at each stage appear in the HBAL’s April Newsletter--for a copy visit our webpage in late March 2017.)